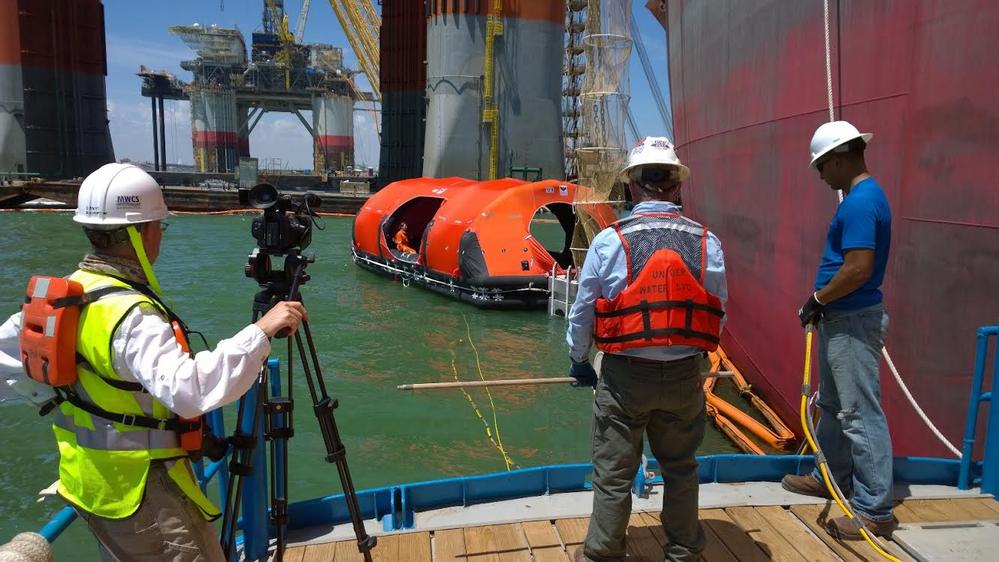 AET tankers, a global leader in petroleum shipping has undergone a 20 year agreement with MWCC in order to commit to safer deepwater drilling in the Gulf of Mexico.

The Eagle Texas was one of two Aramax Tankers converted into one of the first Modular Capture Vessels (MCV), along with the Eagle Louisiana, in order to improve mitigation of deepwater oil disasters in the future. The MCV's will operate as normal tankers in the Gulf of Mexico and would be deployed for containment services in the event of a deepwater disaster in the region.

The Eagle Texas will have a 700,000 bbl of liquid storage capacity and designed to process, store and offload to shuttle tankers. The processing equipment on the vessel will connect to the riser assembly directing flow from the subsea components; it will then separate the liquids from gas and store the liquids and flare the gas. The liquids will then be offloaded to shuttle tankers for shore transportation.

Sea Level Marine, Inc. was sub-contracted through Signet Maritime to assist with the ongoing sea trials since late 2013. Sea Level Marine used the M/V Maverick and M/V Miss Vivian in order to transport personnel, cargo and equipment to and from both the Eagle Texas and Eagle Louisiana. In addition to transportation services, Sea Level Marine assisted with the overboard testing of the life rafts.