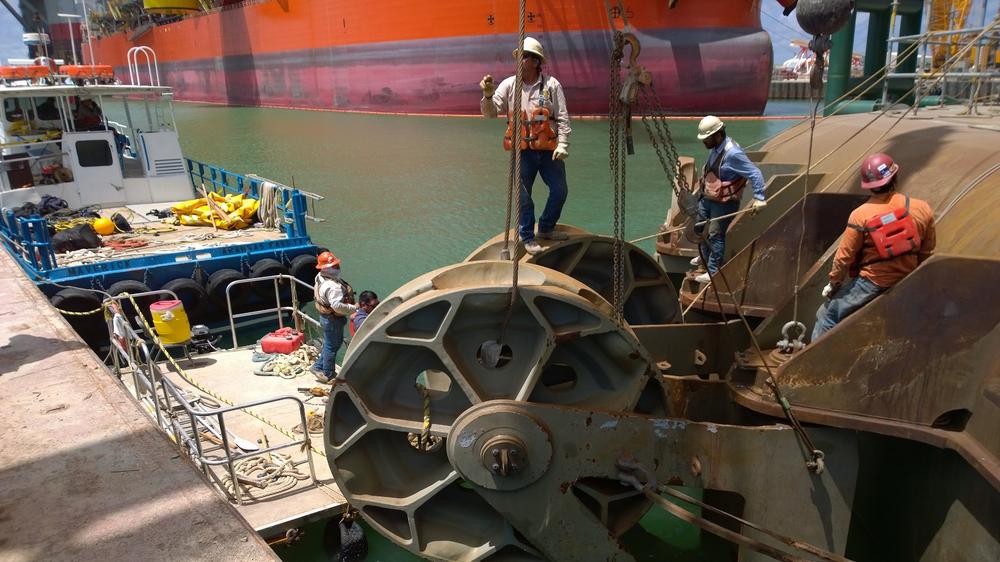 LLOG Exploration is the 10th most active driller in the Gulf of Mexico and one of the top liquid producers in North America. With EXMAR technology, LLOG developed the Delta House oil platform.

The initial construction of the hull was built in Ulsan, South Korea and then transported to Kiewit Offshore Services in Ingleside, TX. The top side structures, which house all the equipment needed for production were fabricated and then integrated the top sides and living quarters on the hull at Kiewit Offshore.

Sea Level Marine was contracted by Kiewit Offshore in order to help with the subsea integration. This project included providing a side scan mapping survey in order to bring the rig to the location.

In addition to the integration project, Kiewit contracted Sea Level Marine for the months of June, July and September 2013 for I-tube removal and installation flanges along the Delta House.